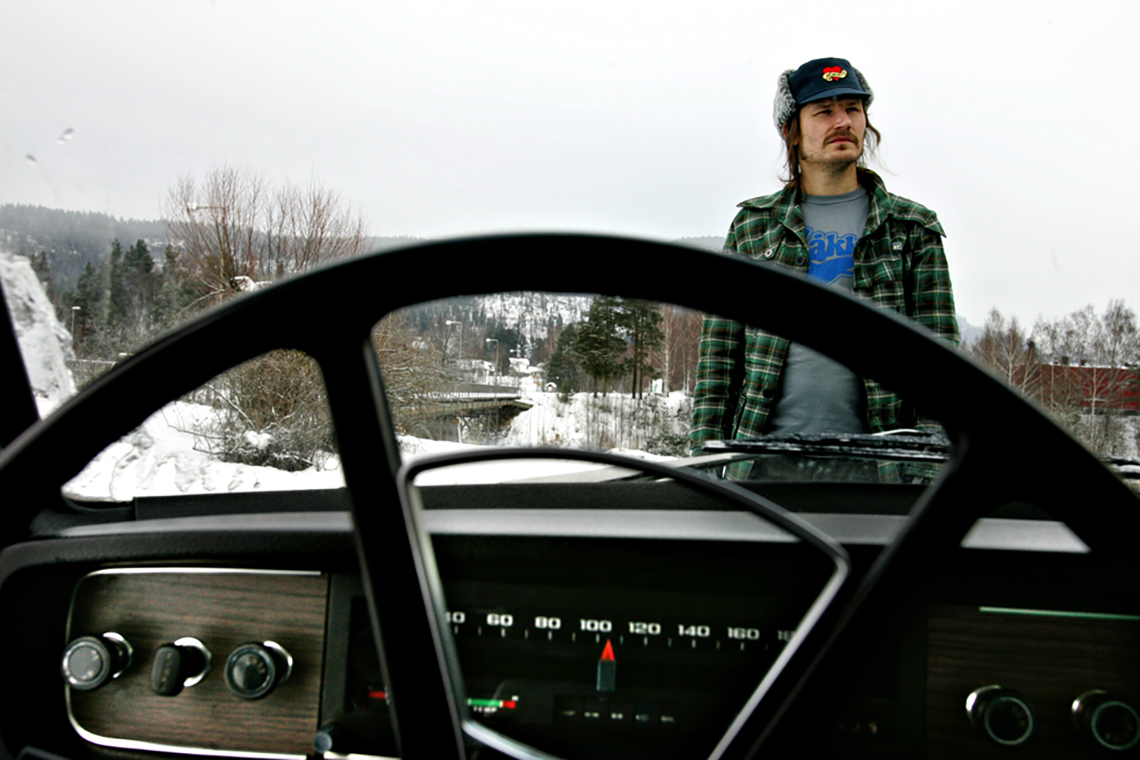 HÅKKI TM is a project that uses business and art to question globalization and to preserve the cultural and local idetity of a small village in northern Sweden. Ljungaverk is a minor place that has suffered a lot since the late 90´s. Just like many other inland societys they lost factorys, shops, meetingpoints, restaurants and in the end the people that lived there. Everybody didn´t move, but the feeling of hopelessness were spread out widely.

The project started when the artist Tomas Håkki Eriksson cut his second mullet (hockeyfrilla) 99/00 in an attempt to find his identity as an Norrlänning (Northswede). While carrying the awardwinning haircut he met Norwegian artists Björn-Gunnar Hansen and Mats Stenslet and they turned some stones and sent som faxes and the first Håkki-store opened in Trondheim -01. It took some years and then there were stores in Bergen and Oslo… and a small one at Bettans kiosk in Ljungaverk.

The idea was to design and print t-shirts, sell them and support the locals in Ljungaverk in various funny projects. F.ex. they rented an professional hairdresser that came to the village and cut the inhabitans for free, new ping-pong tables to the youthclub, new neonlights to the local dancehouse, new hot-tub next to the sauna and renting an semiprofessional footballplayer from Scotland to the local team..

An intersting feature of the project is it´s use of identity as an instrument to create change. The initiative consistently keeps identity at the centre stage, and thus appears as a discussion of local identity versus globalism. In this way the social, as well as the practical and economic issues are elegantly addressed.

When Tomas Håkki moved back to Ljungaverk the project achieved one of the goals to provide the village with a small but neatly cooking culturehangout. Björn now has an black belt in Norwegian logos and Mats is an BBQ-grand master.

No stores in Norway, one on the internjet and one physical in Ljungaverk!